FOOD PRODUCTION AND CONSUMPTION, THE VERY BASIS OF OUR EXISTENCE. Food security as an idea began just in the mid-1970s, in the talks of food problems during a period of global food emergency. The underlying focal point of consideration was essentially on sustenance supply issues of guaranteeing the accessibility and to some degree, the value of security of basic foodstuffs at the global and national level. That supply-side, universal and institutional arrangement of concerns mirrored the changing association of the worldwide food economy that had developed problems before the emergency talks. A procedure of stakeholder collaboration and deliberation took after, prompting the World Food Conference of 1974, and another arrangement of institutional plans covering data, assets for advancing food security and discussions for exchange on strategy issues. Food Security is accomplished "when all individuals, consistently have physical and monetary access to satisfactory/adequate, pr
9 comments
Read more 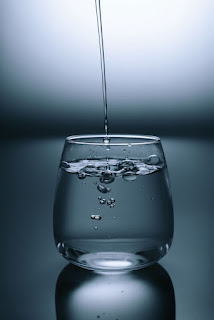 1 BILLION OF THE TOTAL GLOBAL POPULATION HAS NO ACCESS TO CLEAN WATER The importance of water cannot be emphasized further. The menace that has been water pollution affects and kills more human beings than any form of violence globally. This articulates the importance that water has on our lives. Sources of water that are  drinkable are only shrinking, diminishing the already 1% that is available. It is It is essential that drastic measures are taken to ensure that by 2050 when there shall be an increase of 30% of people needing freshwater, we shall have at least, catered for half that increase in demand. Studies were done on the aspect safe drinking water and the trends are worrying. For instance, most Americans have access to drinking water, but these tap sources have been determined to contain harmful pollutants such as Lead, Copper among others. This is exactly where water becomes polluted, at the point where contaminants make it unsafe for other uses, let alone human consumpti
2 comments
Read more 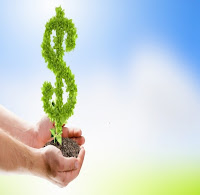 CLIMATE FINANCE. Climate Finance has been a core element of most climate change international agreements and was incorporated in the United Nations Framework Convention on Climate Change [1992] . Climate Finance exists in the form of the developed countries pooling resources and assisting the less developed countries in dealing with effects of climate change. The consensus after the 2009 Copenhagen Climate Change Summit was that these developed countries shall be releasing upwards of 100 Billion Dollars from the year 2020 going forward. For starters, it was decided there would be a release of funds of up to 30 Billion Dollars going forward. So far, the industrialized nations have managed to generate the 30 Billion Dollars needed annually. However, there is still not yet a clear path on how the 100 Billion Dollar mark shall be reached. This is undoubtedly a concern since most of these countries never follow up on aid promises unless a robust framework is put in place to ensure t
3 comments
Read more

- November 30, 2017
VENUE:  BLUE STAR HOTEL DATE:     7 TH NOVEMBER 2017 EVENT:   PRE-AU-EU YOUTH SUMMIT FOR VIHIGA COUNTY The aggression among the Vihiga youth was just what the AYP-AYICC team needed to jumpstart the youth consultations in the country. It could be agreed from the high turnout of energetic youth that Vihiga was a great choice. Since tit for tat is a fair game it was only fair that the team give the mic to the virulent Mr. Evans Gichaga who stirred up the conversation on how this group of young people could work together to create the much-needed change in their own society. His catalytic skills got the youth deliberating how they could tap into innovation and creativity for their own financial benefit and means to instigate change in the society. After this briefing discussion to keep the audience at par with why they were here, it was only protocol that the team explained who they were and why they had come to talk about the matter at hand. And who better else to do so than t
3 comments
Read more

- November 30, 2017
VENUE:    YMCA CONFERENCE HALL. DATE:       10 TH NOVEMBER 2017. EVENT:     PRE- AU-EU YOUTH SUMMIT NAIROBI COUNTY . From the county near the great Lake Victoria to the county in the Indian Ocean now we were in the city under the sun, Nairobi. It would seem like the morning showers would go ahead to threaten all the plans laid down by the AYP-AYICC team, but this would not be so. This was due to the uniqueness of the day and the group of people. Today we would prove the notion wrong or right that the best of the best dwelled in this city, whether or not this was true, the two previous counties had given us something to remember and we had seen it all what more could Nairobi bring. True to its praises this county was one of a kind. Despite the morning downpours, there were exceptional young people who arrived an hour before time and volunteered to help the team set up the venue. Talk of punctuality. This gave the team hope that despite the cold the sun would surely shine again
1 comment
Read more

- November 30, 2017
VENUE :    CHRISTIAN FELLOWSHIP CHURCH. DATE :       8 TH NOVEMBER 2017. EVENT:    PRE-AU-EU YOUTH SUMMIT FOR MOMBASA COUNTY The AYICC-AYP team arrived in Mombasa ready to vehemently engage the young minds of Mombasa on matters that were most important to them. This great expectation could be due to the fact that enthusiastic youth in Vihiga had given the team a run for their money. The team encountered a quite unexpected audience ready to engage in mind-boggling discussions. It was a disappointment to find that some of our equipment got shy of the audience and refused to function out of the blues or maybe it was the hot temperatures. But this would not deter the team from achieving its objective neither were they going to let it intimidate them. Despite the initial low turnout we held on to the boat of hope as one Mr. Isaac Oindo gave an insightful presentation on what our organization was all about and what we had come to engage them in and why was it important for us t
3 comments
Read more

Why The Future is Investing in Youth

- October 31, 2017
#InvestingInYouthKE Studies have shown that Africa seems to be experiencing something called a demographic bonus which simply means that it seems to have more young people than old people. The predictions also seem to indicate that by 2020 three out of every four Africans will be the age of 20years. This is proof that youth are indeed the future of Africa.  It is for this reason that European Union is seeking partnership with the AU in order to try and secure the future of the youth who are the incoming leaders of Africa. This partnership will seek to inquire what is it that is important to the African youth or what it is that they would like to see changed in terms of Climate change and Environment, Education and Development skills, Peace and Security, Governance, Culture sports and arts, and finally employment or job creation. It is by dissecting these aspects of the day to day life that this partnership hopes to be able to draw a roadmap on how youth can be better represented a
1 comment
Read more 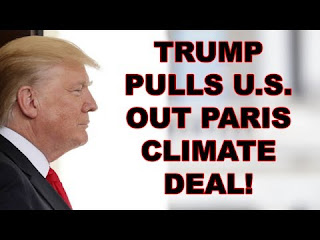 It was not until the last five years that the menace of climate change sunk deep into the brains of Kenyans. It was not until late last year that Kenya started to put into use the climate finance funding that was being distributed by the likes of World Bank and the Organization for Economic Co-operative and Development (OECD). President Trump. Courtesy For a developing country, we would expect a 100% turnout and aggressiveness for the climate finance money but only a shocking 29% of Kenya's institutions claimed that money: taking a large chunk of the percentage was Makueni County.  If we isolate the county from other counties we find great disparity that we may say pushed the county to run for this money. Makueni seems to be a county that has experienced hardship in terms of rainfall availability and as a result they had to adapt to their low levels of rainfall conditions therefore ceasing the once in a lifetime opportunity to better their lives.  Rural f
6 comments
Read more
More posts

Popular posts from this blog 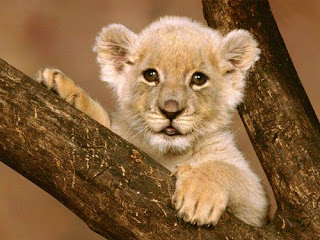 AYICC-Kenya volunteers look into the future-courageously  I am writing this because I know there is a dire need for most of our volunteers to pursue a postgraduate (sometimes even the first degree), get a scholarship or whatever grant it might be. So this is for you. If you would like me to write on something else specific to academic progress, do leave a comment below. And of course additions, and corrections are welcome too! When you are told to write a motivation letter, the selection committee is basically asking you to pitch your dream and make it real so that they can give you the money/opportunity to actualize it . In the first one paragraph, they should (must) know who you are, what your professional goal is, and they must locate your capabilities.  E.g. I am xx years old Kenyan, with a bachelor’s/Msc degree in xx from xx university and applying for this scholarship/degree programme because of my professional interests/experiences in public policy and community develop
Read more

IT IS TIME FOR AFRICA TO BUILD ITS OWN CAPACITY 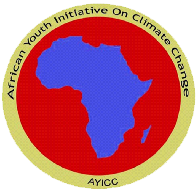 AFRICAN YOUTH INITIATIVE ON CLIMATE CHANGE-KENYA ANNUAL REPORT FOR THE YEAR 2011 Table of Contents Table of Contents . 2 ACKNOWLEDGEMENT .. 3 Abbreviations . 4 1.0 About the African Youth Initiative on Climate Change-Kenya . 5 2.0 Activities Undertaken in 2011 . 6 2.1 Reach out Programme . 6 2.2 Earth Day Celebrations; A Dream Comes True . 6 2.3 Report on the World Bank Dialogue with CSO's On the Africa Strategy . 7 2.4 Earth hour held on at the Kenyatta International Conference Centre Nairobi, Kenya . 7 2.5 Environment Day with Youth for Life - Kenya at Athi River . 8 2.6 Revisiting Back To Eden - Not Just a Mere Term but a Reality . 8 2.7 Media Strategy Training . 8 2.8 Tree Nursery Establishment at Kibera Girls Centre . 9 2.9 International Day of Youth . 9 2.10 All for a Worthy Cause: AYICC-K Day of Excellence . 10 2.11 The Launch of the ‘We Have Faith; Act Now for Climate Justice’ . 11 2.12 The Passionate Wal
Read more